Welcome back to Three Banana Thursday! We’re off Substack now and on Buttondown.email, and coming to you from a new “from” email address. Please add “tbt@bananas.extraface.com” to your whitelist/address book/etc. to make sure the potassium continues to flow freely. Things should work mostly the same.

Sleep before brains, that explains. Brains before sleep, your science is cheap. This Quanta story by Veronique Greenwood is about research advancing the hypothesis that organisms had the sleep function before they had brains. Recent research on the brainless Hydra (hail the beastie that has no brain and yet can still sleep, what a dream of a lifestyle) and accompanying reasoning suggests that sleep does some important direct-to-organism things that don’t involve the nervous system and the old bean. The article also does the impossible. It shares some adorable illustrations of cockroaches - engaged in something like sleep. 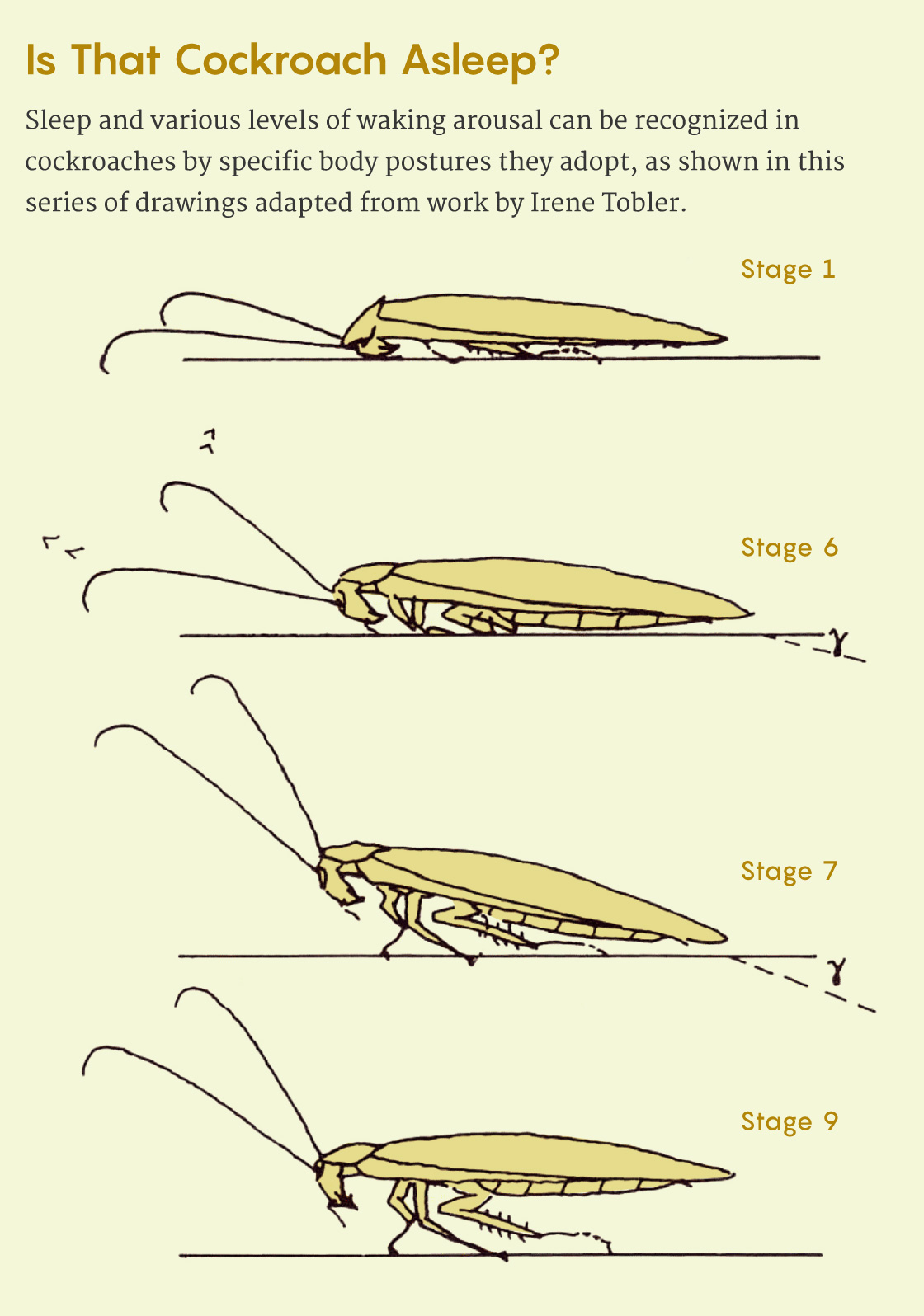 But in addition to the fascinating implications of the idea that our body might need sleep for cellular regeneration in ways that have nothing to do with the mindstate that comes with it, there’s a nugget in here that really bubbles up to the surface the social aspect of scientific inquiry.

A scientist named Irene Tobler, who we have to thank for the (let’s be honest) pretty adorable cockroach illustrations you see up above, landed on an important piece of the puzzle some time around the 70’s. She came up with criteria to determine whether even invertebrate organisms, like cockroaches that can’t practically be hooked up to brain scanning machines for sleep studies, are exhibiting behaviors that suggest they are sleeping. But it didn’t go over very well at the time because it didn’t fit within other scientists’ existing worldview and assumptions:

“Tobler soon laid out her case that cockroaches were either sleeping or doing something very like it. The response from her colleagues, most of whom studied higher-order mammals, was immediate. “It was heresy to even consider this,” Tobler said. “They really made fun of me in my early years. It wasn’t very pleasant. But I sort of felt time would tell.” She studied scorpions, giraffes, hamsters, cats — 22 species in all. She was convinced that science would eventually confirm that sleep was widespread, and in later studies of sleep, her behavioral criteria would prove critical.”

I like this because it draws out the very human, very social aspect of the quest for understanding of things beyond our ken. You have a lot of professionals telling each other stories about how things are - rooted in experimentation and inquiry and rigor, but ultimately still stories. As humans, we can’t help going out over our skis and letting other assumptions creep in and get codified along with the stories. When someone with a new way of looking at things comes along, they can get scoffed at and dismissed for no real deep reason. And for the person being scoffed at, it really sucks. But a couple of decades later, some other bit of research leads folks back to that earlier branching hypothesis, and they pick it up and run with it, and that’s what opens a new door.

For whatever reason, it seems as though you get to see this social side of science often in these biology-related bananas. Maybe it’s because humans have to do so much wild-ass guessing and storytelling to try to make sense of the living world outside of ourselves.

Look at all the lighters the @LegoLostAtSea folks discovered on the shore: 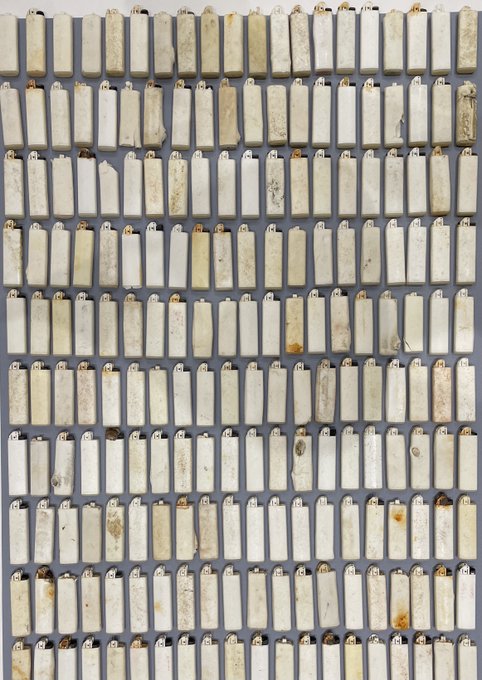 Looping for understanding. Harvester’s note: this I guess is a banana picked by Slate from another banana harvester’s newsletter. Seemed like that was worth mentioning.

If you’ve wondered why there’s so much repetition in conversations between astronauts and mission control, part of it is to make sure everyone understands what everyone else is saying, for real for real. And afterwards, they often ask if they’ve missed anything. The article linked above shares this and other ideas from astronaut/ground disputes that can help anyone have better arguments that hopefully get less heated and don’t escalate.

“Looping for understanding” is a thing I think I do in conversation quite often, and now I have a name for it. Any time I want to make sure I am getting something, I will often repeat back to the speaker what I just heard, in my own words. And then I’ll ask if that’s right. Sometimes it’ll be literal, or other times it will be more a summary of conclusions I drew from a series of things we just talked about (which I guess may not be this concept in its purest form, but let’s just go with it.) Even though sometimes you may come across as slow-witted, I think it’s a crucial conversation skill particularly when things become heated. Having an argument made worse by misunderstanding the other person’s statements or intentions is dumb and shouldn’t have to happen very often. Ideally it also acts as a gesture to show that you are actually invested in understanding fully what the other person is communicating.

“And the audience takes off” I was captivated by this little bit of production/creative lore shared by puppeteer/animator/voice actor @chrispatstone about an episode of Dexter’s Laboratory. He tweeted:

“I still think about this… In an episode of Dexter’s Laboratory the storyboard said after the show the audience takes off. The animators in Korea took this as the audience LITERALLY TAKES OFF and fly out of their seats. The crew decided to keep it and even added a sound effect.”

These are the bananas I found for you in all this time since the last shipment. You can still hit “reply” and it will go only to me. I’m still getting settled in to the new newsletter provider (thanks Justin at buttondown.email for all the help!) so if you see anything weird, let me know. I’ll get around to some more customizations soon.

Thank you! And reminder: maybe add this new “from” email address (tbt@bananas.extraface.com) to your whitelist/address book.

You just read issue #55 of Three Banana Thursday. You can also browse the full archives of this newsletter.